You can login to view your submissions.

The Champion Beer of Britain is one of the most prestigious beer competitions in the world. It is the ultimate honour for UK brewers and has helped put many into the national spotlight. It is awarded every year at the Trade Session of the Great British Beer Festival.

The competition spans real ales across the categories for Mild, Bitter, Best Bitter, Strong Bitter, Golden Ale, Specialty. These are combined with the Champion Winter Beer of Britain category winners from the Great British Beer Festival Winter (held in February) – Porter, Stout, Old Ales/Strong Milds, Strong Old Ales/Barley Wines – to create a shortlist for the final round of judging. 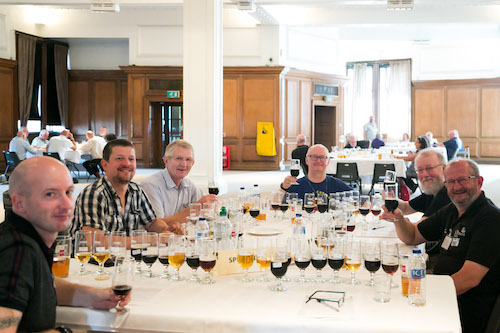 CAMRA members can vote now for their favourite beers.

If you you are not a CAMRA member and would like to get involved, please visit our join online page to find out more.

The ABV and style of cask conditioned beers must conform to a set of style guidelines:

If anything is missing or inaccurate, please let us know via the feedback form here. 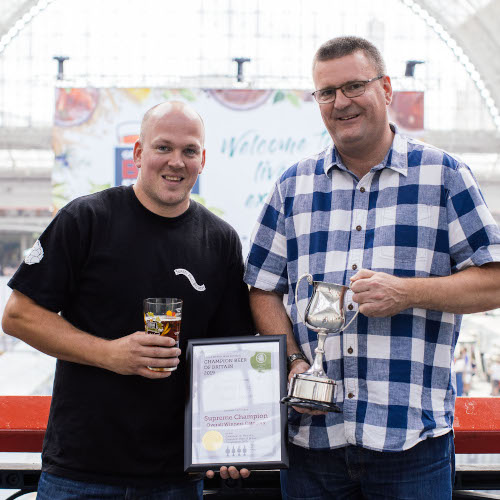 A brewery located in the heart of the Surrey Hills Area of Outstanding Natural Beauty has come out top in a competition to name the best beer in Britain, according to CAMRA.

‘Shere Drop’ is a former winner in two different categories and took home bronze in 2010. Described as pale in colour with a subtle hint of grapefruit and lemon in the aroma, the wonderful hop bitterness is complemented by a balanced malt flavour.

Ross Hunter, director of Surrey Hills Brewery, said: “I am absolutely elated. We have reached the final a number of times, which is most important as it means we are consistently producing quality beers - which is our top goal! To win the gold overall is a fantastic achievement. I am just speechless!”

Take part in voting the next winner. 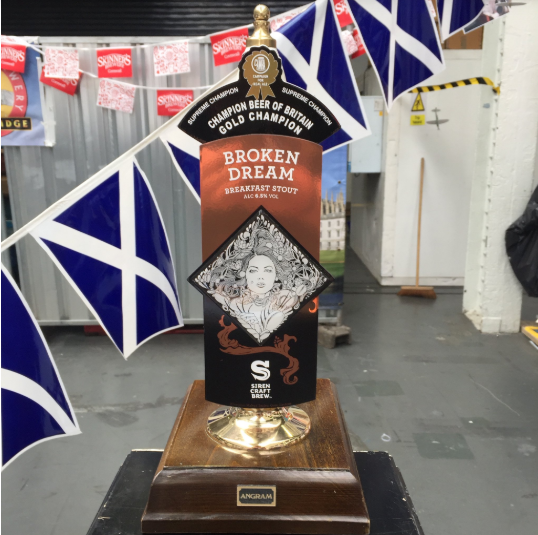 2018 Champion Beer of Britain winner is Siren Craft Brew’s Broken Dream Breakfast Stout (6.5% ABV) thanks to its deep and complex blend of chocolate, coffee and a touch of smoke. The judges commented that it stood out for its aroma, taste and finish, all of which were superb.

Named after the Sirens of Greek mythology, Siren Craft Brew captivated judges for the second time this year, having taken home silver in this year’s Champion Winter Beer of Britain competition.

Silver went to Suffolk-based Green Jack’s Ripper (8.5% ABV), a strong barley wine that is both dangerously smooth and yet well-hopped, and winner of CAMRA’s Champion Winter Beer of Britain competition earlier this year.

Bronze was taken by Tyne & Wear-based Mordue for their Workie Ticket (4.5% ABV). A complex and tasty bitter, this brew boasts plenty of malt and hops and a long, satisfying, bitter finish.

Take part in voting the next winner.